Few church communities are comprised of a single congregation, and yet when developing new expressions of church many struggle to build good relationships between existing and new. Despite a typical church having an early morning service, an evening service, a midweek service and a main Sunday gathering. frequently new forms of church are treated differently.

Flowing forth; emanating or issuing from or as if from a source.

An emanant form of church is one where there is intentional missional movement and change towards those outside of church. This may be:
Emanant as a sphere of description that moves beyond some of the confusions around Emerging Church and Fresh Expressions. It seeks to be a term that is both wider in scope than technical definitions, but also narrower in being defined by a direction of change. That movement (as summed up by the SHS) is:


It should be emphasised that Missional infers contextual rather than attractional forms.

Many church structures engage effectively in listening and responding to the mission of God in their place, but fall short of allowing those activities to be church in their own right. A priority is placed on existing forms - in particular the Sunday congregation.

When an existing local church structure begins to see its existing wider activities as fully church, or on the journey to becoming fully church (rather than activities that will feed existing expressions), a significant change happens.

The first step is to name and recognise the portfolio and acknowledge them as church.
In many contexts for the leaders of these activities this is a relief rather than a burden - they can refocus on discerning how the expression can deepen, rather than trying to push people beyond that expression into something else. 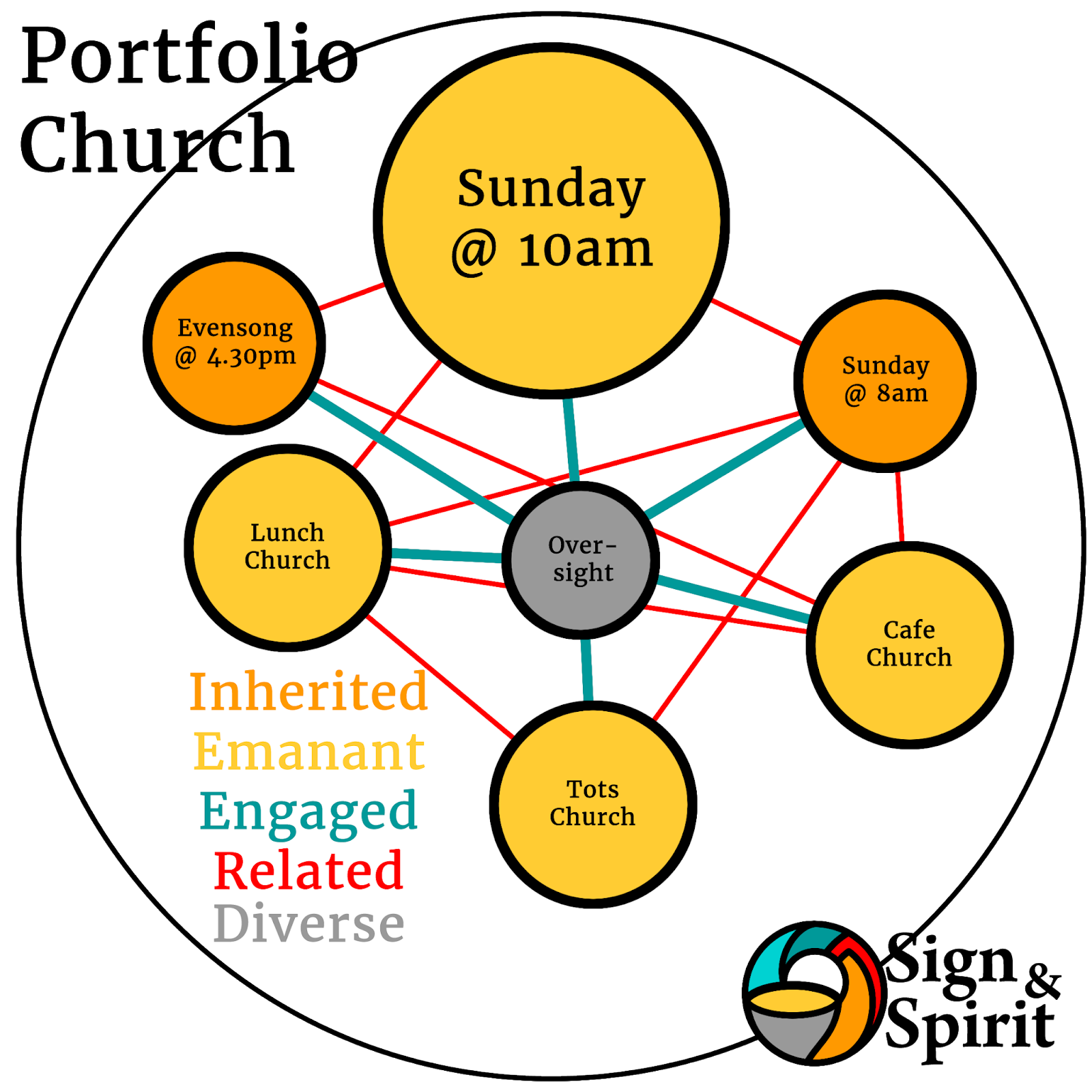 A Culture of Engagement

A new or transitioning community needs a culture of engagement with the wider structure of the church. This does not mean a culture of conformity, but stands in contrast to a culture of opposition. It makes sense that a new community draws from the resources offered by the existing structure in terms of finance, safeguarding and legal governance. It is long term counter productive to hide these resources, or their costs.

In a church with multiple expressions key relationships need to be built between those different expressions. Ideally these relationships will happen organically, but it may be they need to be encouraged and invited. They should ideally go beyond members of a PCC or trustees. It may be impossible to have relationships between every expression in a particular context, but degrees of separation should be minimised.

The oversight bodies of the church should be diverse and reflect the different expressions that exist within the church. Does the PCC have a representative who can speak with confidence for each expression of church? Replicating oversight structures should be avoided.

What can develop in such a context is a new form of Parish ministry: A single church structure providing oversight for a portfolio of emanant communities and gatherings. The role of that oversight is to curate and enable rather than dictate exact forms, although a communal missional vision is key.

This is not a case of consumerist church, as each community has its own identity, integrity and mission focus. The intention is to reach people with the message of the gospel where they are rather than market to existing groups of churched people. Parishes have been doing this for many years, with services in nursing homes and schools for example. The challenge is to take that method and recognising that it is central rather than periphery to the essences of local church.