How to Be a Charismatic Anglo-Catholic

After describing myself as Charismatic and Anglo-Catholic a friend on Twitter asked ‘So it’s High Mass and then the Fire Tunnel?’ I admit I had to look up what a fire tunnel was, although I could make a pretty good guess. If you are wondering - It involves walking through a tunnel of people praying over you, and sometimes results in some sort of ecstatic experience.

This short talk is not about High Mass and Fire Tunnels, but it is about experience, because the brief is to talk about Being. So what does it mean to Be Charismatic Anglo-Catholic? 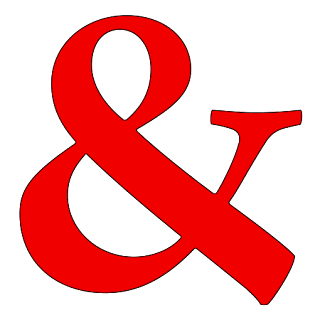 Firstly to be Anglo-Catholic. Which is hardly a straightforward thing in itself to define.
I’d like to pinch an idea here from Ben Edson – who himself borrowed it from Frost and Hirsch, who took it from Paul Hieber. They all explore how groups define themselves, either with boundaries or centres. Or in the real world – if you are keeping sheep in a wide open space like the Australian Outback you have two choices – you either build very long fences, or sink deep wells that the sheep will be drawn towards and be sustained by. The idea then is that groups can define themselves either by fences or by wells.

And to be honest, to be an Anglo-Catholic is inescapably to be defined by wells, because it is to be outside the fences of other larger communions.

The watering holes that Anglo-Catholic’s gravitate towards are not all centred in the Vatican. There is the Orthodox tradition, The Ancient Churches of Syria and the East, India and Africa. There are springs in Wesleyanism and Scandinavian Lutheranism, as well of course as the British Church before and after either Rome or the Reformation. To be an Anglo-Catholic is to live in this fertile terrain of spirituality, worship and theology, enriched by history, sign and symbol. The American Roman Catholic writer Eric Stotlz refers to those who inhabit this territory as ‘The Apostolic Communions’.


Not to say that other traditions don’t have their own wells and springs, or that any of us don’t sometimes drink at strange watering holes. But here is a disconnect that I certainly encounter between Anglo-Catholics and other children of the Reformation, especially evangelical and post-evangelical Christians. To be Anglo-Catholic is to be centred on different theological and spiritual defaults and methods – regardless of if those defaults and methods are to be reformed or renewed or even rejected.

Some of you may be enjoying wandering in lush green pastures of imaginary waterholes as you ponder your own theological centres. Others of you may still be longing for something more particular to grasp. So let me share with you one well that I believe lies at the centre of this Apostolic geography.

At the end of the Gospel of St.John between Jesus taking bread with the disciples and receiving the soured wine on the cross and dying, is the entirety of the Passion and Sacrifice of Christ. To be Apostolic and within that Anglo-Catholic is to embrace and experience the same when we offer bread and wine. A Memorial, yes, a Banquet, yes, a Sacrifice, absolutely.

The idea of the Eucharist as sacrifice, or offering, is common to the apostolic communions. And although reformers like Luther and Calvin maintained much more sacrificial understandings of the Eucharist than you might imagine, the idea has become alien to much of contemporary popular western Christianity.

It certainly wasn’t alien to the earliest Christian writers, those who knew and were disciples of the Apostles. In these early Christian writings, first and second century Alpha courses if you like, worship and order in the church was centred on and dictated by this offering or sacrifice. The roots of Anglo-Catholicism can be found in a desire - not to return to Rome - but to return to the practice and faith of the early church – to be Apostolicals as they put it. This was not dry ritualism – there was spiritual renewal, passion and poetry – spiritual experience.

Which brings us to the Being Charismatic. Because the Charismatic movement too has sought to restore early church order and spiritual experience.

The earliest Christian writers certainly spoke of charisms, spiritual gifts, and saw them as part of the living experience of the Church. Yet this variable expression of the Spirit was anchored in the assured ongoing miracle of the Eucharist and other sacraments.

For some Charismatics there have always been challenges here. How did the early Church so quickly move from presumed informal ‘spirit led’ meetings to Rite and Sacrament? To be Anglo-Catholic Charismatic is to accept that the early church always had both, with the Heavenly Liturgy of Revelation as powerful testimony to ritual, sacrifice and spiritual gift and experience.
Critics of the Charismatic movement, and I have been one, are rightly concerned about grounding, excess and deviations from orthodoxy. To be Anglo-Catholic Charismatic is to acknowledge that the experience of the ecstatic or miraculous does not alter the rhythm of prayer, creed, word and sacrament, the need for Eucharist, spiritual formation or Confession.

And Throughout the history of the Church countless individuals have testified to experiences that we might today label as charismatic, be they prophetic revelations, healings or miracles – long before contemporary charismatic or Pentecostal movements.

The excesses of the experiential are balanced by the knowledge that the Spirit blows where the Spirit wills – with or without fire tunnels. The danger of detachment in the ritual is balanced by the desire for a fuller encounter with God through the 7 Sacraments of the Church and catholic spiritual discipline.  In practice this leads us into a freedom in liturgy, a comfort with emotionally engaging music of whatever style, a willingness to see spiritual gifts used within structured forms.